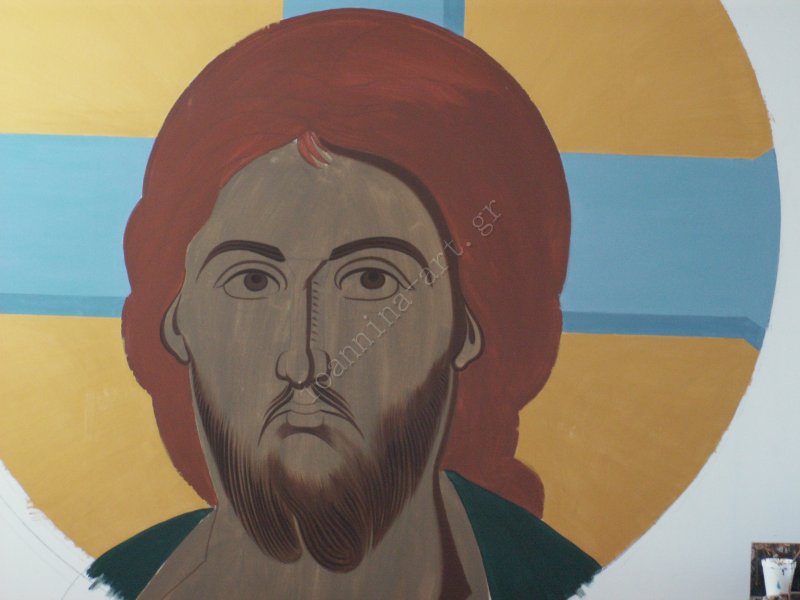 2000: Cultural Centre of the Municipality of Ioannina

26-28 May 2000, Patmos, Conference B’ “Orthodox Ecclesiastic Art in Greece today. Tradition-Evolution” organized by the Chamber of Fine Arts of Greece

17-20 October 2003, Santorini “Murals in Greece and areas of Greek influence”, organized by the Ministry of Culture and the Aegean by the Chamber of Fine Arts of Greece

Monuments in the Municipalities of Selles and Dodoni

Member of organisations national or international

2000: Awarded by the society of Greek Writers for his contribution to the letters and the arts

Placements of work in public spaces

Agios Serafim (Ioannina) and in another 120 churches throughout Greece

You can find out more about which cookies we are using or switch them off in settings.

This website uses cookies so that we can provide you with the best user experience possible. Cookie information is stored in your browser and performs functions such as recognising you when you return to our website and helping our team to understand which sections of the website you find most interesting and useful.

Strictly Necessary Cookie should be enabled at all times so that we can save your preferences for cookie settings.

If you disable this cookie, we will not be able to save your preferences. This means that every time you visit this website you will need to enable or disable cookies again.

The project “Ioannina and contemporary art” is funded by the Operational Program “Information Society”.

The aim of the project is to identify and select contemporary artists, particularly in the broader region of the city of Ioannina. The result will be a unique list of artists which will represent a cultural map of the prefecture of Ioannina.

The information of each listed artist consists of personal details, extended curriculum vitae as well as representative photos of their work of arts. The whole information will be provided through a web portal while at the same time a number of exploitation and dissemination activities will raise acknowledge to the public.

Artists will take advantage from these actions as their work will be promoted on a world wide basis. In addition, general public will have the opportunity to explore the contemporary art of Ioannina.
References
We would like to thank the following institutions/bodies for their coutribution:

Search for artists with keywords

) and send it to floudas@ioannina.gr. We will contact you for further information (photos, files etc).
You can leave your message using the following contact form.